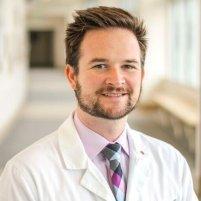 Squamous cell skin cancer is one of two types of skin cancer that make up the lion’s share of all skin cancer diagnoses in the United States. While cancer is never good news, these types of skin cancer are highly treatable, especially with early intervention. Trevan Fischer, MD, has extensive experience helping his patients in Santa Monica, California, quickly diagnose and treat squamous cell skin cancer, preventing complications down the road. He currently accepts patients across all of Southern California, including Bakersfield, San Luis Obispo and Palm Springs. For more information, call or use the online scheduler to request an appointment.

What is squamous cell skin cancer?

This type of cancer is largely associated with exposure to the sun’s ultraviolet rays, so they develop in areas that see the most sun, namely your:

What are the signs of squamous cell skin cancer?

The most common signs of squamous cell carcinoma are:

You know your body best, so if you have a spot on your skin that seems out of the ordinary and is slow to go away or doesn’t respond to conventional treatments, it’s best to have Dr. Fischer take a look.

If you have a suspicious lump or patch of skin, Dr. Fischer first performs a biopsy to make a diagnosis. If cancer cells are present, Dr. Fischer then removes it using an approach that excises the abnormal cells, as well as a margin of healthy skin surrounding the area.Dr. Fischer ensures that he removes enough tissue to fully encompass the potentially affected area.Next, Dr. Fischer and a team of experienced pathologists studies the excised tissue to determine how extensive it is.

In certain instances, he may want to rule out, or confirm, the spread of your squamous cell cancer, he performs a sentinel lymph node biopsy. To do this, he injects a dye into an area close to where he identified your skin cancer and follows the dye to the nearest lymph node, which becomes the sentinel lymph node.

Once located, he removes your sentinel lymph node for further study. It’s worth mentioning that squamous cell skin cancer doesn’t spread often and these steps are largely precautionary. If, however, he does find cancer cells in your lymph node, these minimally invasive measures warrant the effort.

If you have a suspicious area of skin, call Trevan Fischer, MD, or use the online booking tool to schedule an appointment.